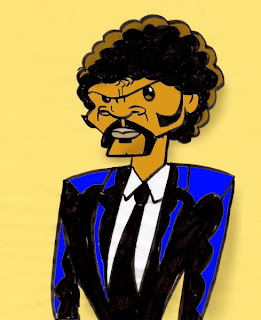 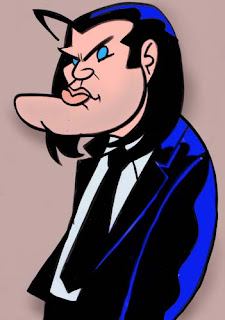 Let's not forget Samuel L Jackson's character, "Jules" from the same movie. My task now is to combine the two characters into one picture. i will probably take the suit off of Sam and put him in his skivvies, like John.
here are two earlier versions of Vincent that i thought I'd go with, but i think the first one of him getting hosed down is the strongest.

Posted by Elgin Subwaysurfer Bolling at 9:19 PM Links to this post 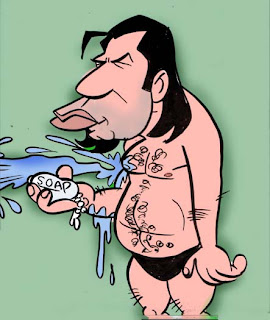 FINALLY got a likeness of John Travolta's character, Vincent, from the movie "Pulp Fiction" that Im satisfied with. here it is...
Posted by Elgin Subwaysurfer Bolling at 9:16 PM Links to this post