iPad caricature of man who resembles a duck

Anybody who thinks God doesn't have a sense of humor, obviously aren't looking at people hard enough. I came across one f the most hilarious faces on the planet recently tat I just HAD to draw.

frequently when I'm having trouble getting a likeness I ask myself what particular animal that person resembles, and it usually helps me to get a hilarious likeness, and then there's others where God beat you to the exaggeration. What can I say? The guys lips stuck out like a beak, his eyes were popping outta hs head, he had that angry constipated expression on his face I've seen Donald Duck sporting, and tgat hair looked like a black greased up, frozen title wave!

I drew this initially in my notebook, then colored it in my faithful Art Studio App in the old iPad. 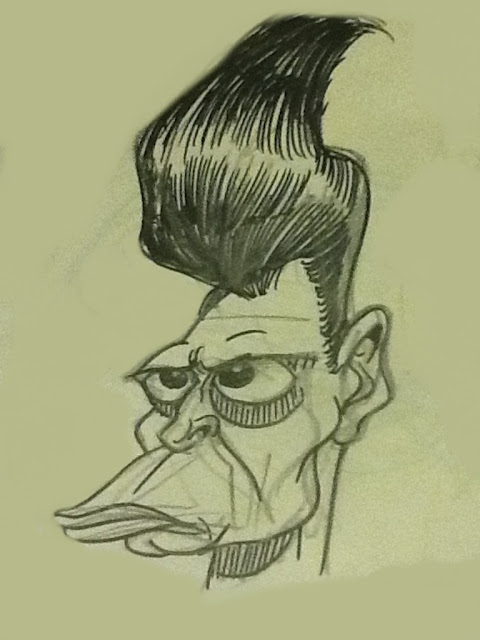 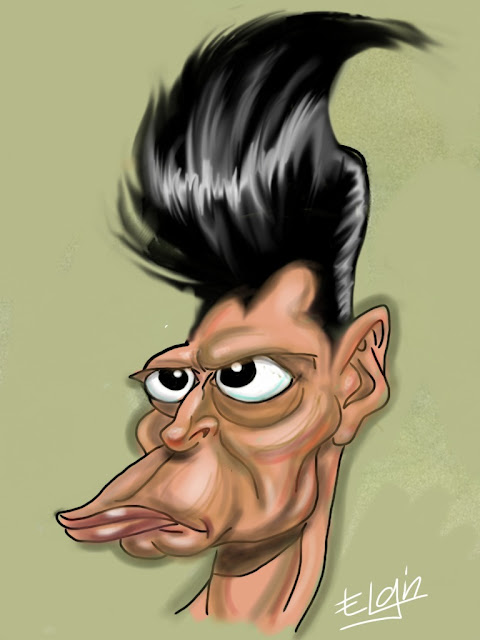 Posted by Elgin Subwaysurfer Bolling at 9:47 AM No comments: Links to this post