GET OUT YA HANKIES AND YOUR NASAL SPRAY! 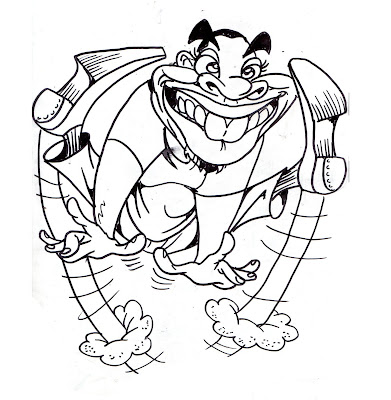 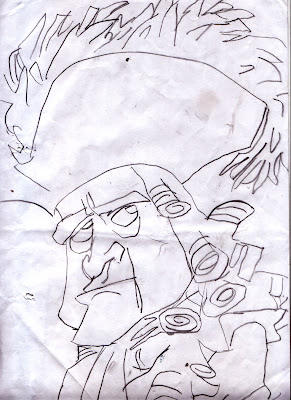 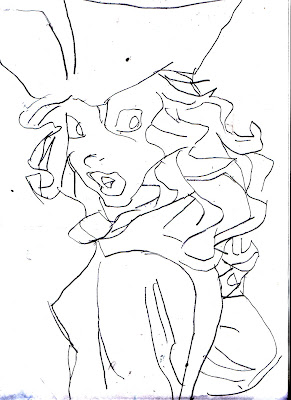 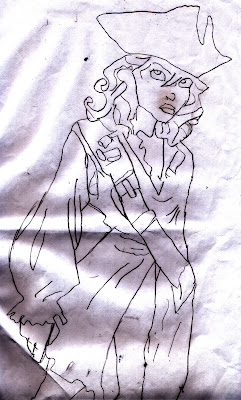 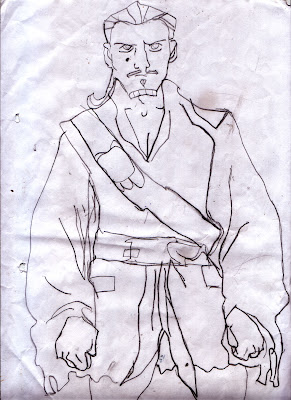 While visiting my mother in law, the other evening, her 8 year old nephew, Sa Quan, seemed especially exicted to see me. This was really unusual, because "Say Say" as we call him, would usually be upstairs playing the Wi or some other video game. "Uncle Elgin, Uncle Elgin, I want to show you some pictures I drew!" he exclaimed, carefully talking the folded sheets of paper out of his bookbag. "He's been wanting to show you this for a while," chimed in Mema, (that's my Mother in Law) and as he proudly handed me his stack of papers, I was already prepping my mind for the customary, "that's nice, keep it up!" response that you give children at this age as not to discourage their progress. I was confident that I was going to see "typical" eight year old drawings of monsterously distorted figures that had to be identified by the child or you'd be hopelessly lost wondering what you were looking at.

Boy was I wrong!

Instead of the customary "that's nice," response, I found myself gawking and asking him,
WOW! DID YOU DRAW THIS??????? Followed by my next question, DID YOU TRACE THESE????? which was followed by a final question: ARE YOU SURE????
His answers were
YES
NO
and YES
His Grandmother who watched him draw these little masterpieces verified his story, and I must say I was and am impressed.
The kid certainly is a lot more talented than I was at his age.
Now although these drawings are COPIED form one of his Pirates of the Caribbean Coloring books, and not created out of his imagination, I would have to say that the kid has that RARE remarkable ability that you MUST have if you're going to be a good artist, namely, He has learned how to DRAW WHAT HE SEES NOT WHAT HE THINKS HE SEES

This ability to limit the interruption of the interpretive left side of the brain in a skill that few adults EVER master. and although his efforts are not "photorealistic" I can actually tell who the characters are just by looking at them.
Would you believe I never taught him how to draw a straight line? I look forward to teaching him a lot of em now, just to see how much he can develope. In fact, Im even creating a blog for him entitled, Sa Quan's Artwork just so he can stay motivated as so I can chart his progress. I encourage you to follow along, who knows WHAT he might come up with!
Posted by Elgin Subwaysurfer Bolling at 1:50 PM 1 comment: