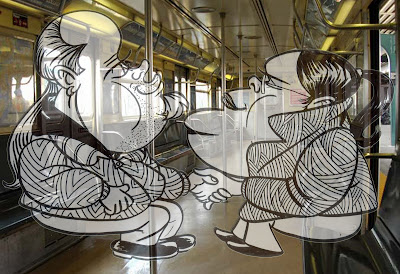 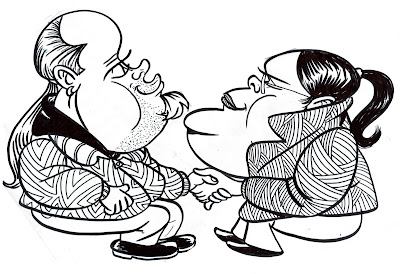 One of the best things I love about riding the A train two and from Manhattan from Far Rockaway is the ride from the Howard Beach JFK Station to The Broad Channel station. What makes the ride so special is that The A Line Crosses Jamaica Bay before reaching either station, depending if youre traveling to, or from Manhattan, and on a clear day your are treated to a spectacular at times breathtaking view of The Bay, that even makes hardened subway commuters lay down their newspapers for a moment, to take in the view. The distance between the two stations is the longest between any two in the New York City Subway system, so there is more than enough time to enjoy the scenery. In fact, Ive often thought, as the sun is setting, it makes for a very romantic ride.

Apparently, Im not the only one who thinks so. As I looked up from my drawing pad, I saw two lovers alternately looking out the window, staring into each other's eyes and holding hands. The scene was beautiful. They didnt fit the part, visually, of lovers you might see on the silver screen. He was no Brad Pitt, she was no Angelina, but you could just tell their love for each other was so strong, it was almost tangible. They sat in silence, just enjoying the ride, looking at the water, and enjoying the warmth of each other's hands, knowing the person they loved was on the other end.

It was a perfect picture and I wanted to give it to them , but they didnt need my picture....


They had the real thing.
Posted by Elgin Subwaysurfer Bolling at 5:54 PM 1 comment: Links to this post

Going into the Tunnel.... 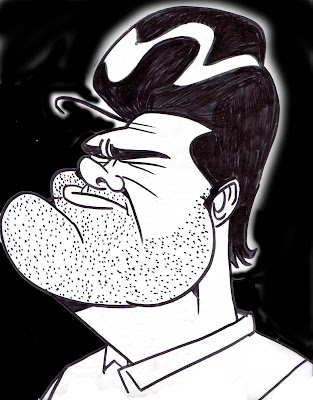 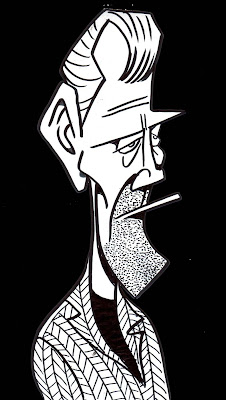 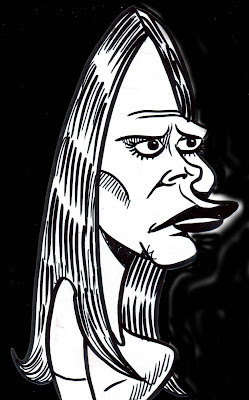 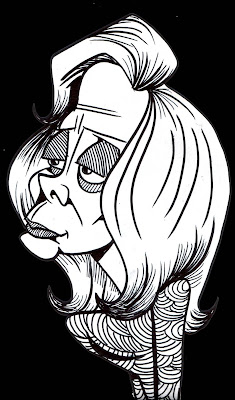 As I was caricaturing people on the train today, something so obvious, yet almost forgotten, occured to me.

I remember as a kid riding the subway for the first time how terrified I was when ever we left the outdoor stations and went underground into the tunnel! There was always a moment of real intense fear accompanied by a million random thoughts, among them being... what if the train gets stuck in the tunnel? what if we cant get out? are there monsters and cavemen in the tunnels?
The one tunnel that was especially frightening was the one between High Street Brooklyn Bridge and Bway Nassau. I recall traveling with my mom as a kid and asked her why we always spent so long in this particular tunnel. She casually replied, "it's because we're traveling underwater!" Im sure you can imagine the unexplainable horror my five year old, hyperactive, artistic mind must have visualized upon hearing THAT news!.. Visions of billions of gallons of water spilling onto the tracks, leaving us trapped commuters wondering if we were going to be electrocuted or drowned.....

As I grew into adulthood I calmed my fears to the point where I didnt really think about it too much, and yet in a city full of millions of people, I wondered how my fellow commuter were dealing with their own personal "tunnel issues" or if they even had any. I began studying faces while underground to get some type of visual cue as to what people might be feeling....

I dont know If I captured anything concrete, but it did make for a more intense study of their faces.
Posted by Elgin Subwaysurfer Bolling at 5:52 PM No comments: Links to this post

Random thoughts on the art of Caricature WHY do I DO THIS?

It's been said, sadly by people in my profession, that Caricature is "garbage art" Tt's "disposable art" , It's "fast food".

Well, all I can say is that "fast food" is a gourmet meal to a starving person, and how Disposable is your shadow? your reflection?

From time to time I find myself coming back to the question, What IS IT between me and caricature that keeps me coming back. In this exerpt of a letter I wrote to a potential agent, (they havent accepted me yet) I asked this question and wrote the following answer. Maybe one of you readers will find it useful.

My passion is CARICATURE. To me it's MORE than "throwaway Party Art" and "drawing people with big noses". I use caricature as a way to explore, and expose the personality and soul of a person. As human beings we all wear masks hoping that no one will pull them down and expose the hidden parts of our personality, leaving us naked and exposed. The Caricature artist acts as a human lie detector, seeing beyond the masks that people put on , and through observation, exaggeration, and amplification are able to find the true face of the person behind the "painted smile" . Throughout my career as a professional caricature entertainer and humorous portrait artist, it is not uncommon for people to say to me, "when you drew my picture , I see my father in there", or " how did you know that I was an angry person? I was SMILING!" Through the art of caricature I am also able to portray emotions, and give editorial comment. My ongoing project, and muse is something I call, "SUBWAYSURFING" or EXTREME LIFE DRAWING. where I draw caricature portraits on the NYC Trains and buses. My observations and exploits can be viewed on my blog at
wwww.subwaysurfer.blogspot.com
I am also the author of two books on the subject which can also be found on the blog.
This work has been a way for me to bring community to a cramped often uncomfortable place where intimacy is forced upon us and where we meet people of every conceivable race, gender, social economic/political status. The Subway, for me is a mobile melting pot where cultures intermingle and clash en route to destinations only known to the individual commuter.
Posted by Elgin Subwaysurfer Bolling at 4:21 PM No comments: Links to this post

I just learned that Claymation Animation Pioneer ART CLOKEY, passed on Jan 9th at the age of 88.

As soon as I read the news, I realized that I had forgotten that CLOKEY also added to my growing list of early artistic influences. in an ASSOCIATED PRESS article which can be read in it's entirety at

http://www.msnbc.msn.com/id/34778153/ns/us_news-life/
For you youngins who are scratchin your head wondering, "WHO DA HECK IS GUMBY??" he was a green bendable...er... thing... LOL! with a sloping head, and ran around with a red horse named pokey.
I know that doesnt sound like much of a discription, but Gumby is pretty hard to define... I do know this though. He was the "must have" toy that EVERY kid on the block and the neighborhood had, and even older kids thought he was cool. One of the reasons for GUMBY'S Coolness was that he would have these crazy avant garde type of adventures that always kept you guessing. Unlike other cartoons of that area, Gumby seemed "real" due to the claymation which was very new at the time, and unlike the flintstones, and other cartoons he could MORPH and bend into unbelievable shapes. Bumby seemed like something out of a dream. I believe he appealed to children like me because he seemed like a character a KID would think up.


Clokey was also The creaor of one of my favorite shows, Davey and Goliath. Despite the Associated press' disrespectful "nod" if you want to call it that, to the show (they made light of the show's "moralizing" and stated that it was often satirized)
I remember watching the series as a kid, and was both entertained and inspired by it.
The Show was produced by the Lutheran Church in the 1950s and 1960s and televised widely across the United States, the Caribbean and around the world. In fact,
The program has been translated into seven languages, and the show has been broadcast on every continent except Antarctica. That's actually very impressive for a series of it's kind, IMO, and as I remember the show tackled issues that effect ALL of us including predjudice and racism, respect for authority, and sharing. Certainly these are values I HOPE parents even today would WANT their children to learn and exercise, and yet there seems to be a school of thought that frowns on things like "good manners, and being tolerant of others. I believe the MAJOR criticism is that the show, was Biblically based, and the main characters were encouraged to solve problems by having faith in God a word in our present day that is practically "outlawed".
Posted by Elgin Subwaysurfer Bolling at 6:50 AM No comments: Links to this post