It's Finally HERE!! The one day where Dad get's credit for being ... DAD!!! FATHER"S DAY!!!
It's the day where millions of Dads around the world will try to act surprised as they recieve yet ANOTHER bottle of Old Spice Aftershave (that they'll never be caught dead wearing) a brand new necktie,(that if they ever wore it to the office they would be laughed at and then immediately fired for breaking the dress code) and maybe a ceramic mug from art class that leaks. Some of the more artistic kids will give Dad a great drawing scribbled on notebook paper that Dad will proudly hang on the refrigerator door art gallery.

Im one of the artistic kids, so I wanted to give my Dad a refrigerator drawing, that he'd want to hang there for more than a day. Sometimes Fathers do something unexpected and may seem insignificant at the time for their kids that help to change to course of their child's life. My Dad certainly did this for me, and up until now, i dont think he really knew this. I set out this week to let him know in this cartoon what he did and how it affected my life, and in the process , bring back some warm and painful memories... at least for me...
so let's get on with the story....

Walt Disney World opened…
The Pittsburgh Pirates won the World SeriesIntel released the world’s first microprocessor, the 4004… America was being introduced to a new TV family called “The Bunkers”, and a bigot named “Archie”, was soon to become a household name. All in the Family premieres

None of that mattered to me though, I was too busy “experiencing life” and at 11 years old, life wasn’t all that good Little did I know, that something was about to happen, something my Father did, without him realizing it that would change my life forever….

Every kid is born with an innate sense of confidence and self esteem… then he goes to school and quickly learns about “differences" and is quickly put into a category.

That category is your “brand” your “mark.”

The kids took one look at me, took out a rubber stamp, and put “geek” on my forehead. Once you’ve got a mark like that put on you, it’s pretty hard to wash it off.
Posted by Elgin Subwaysurfer Bolling at 3:55 PM No comments: Links to this post 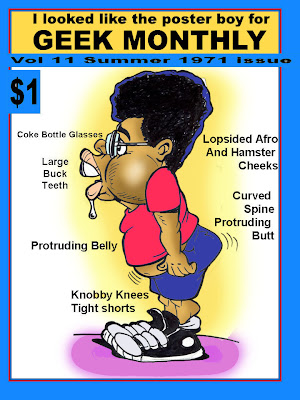 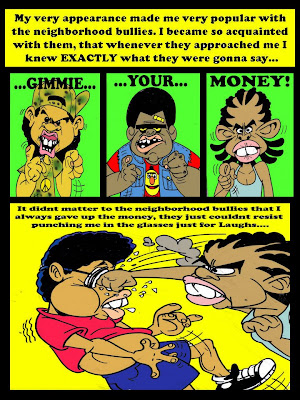 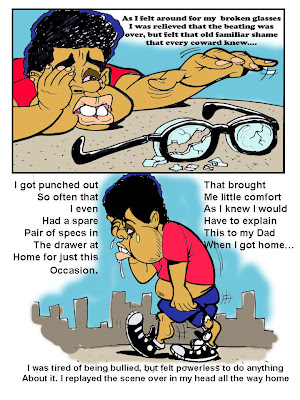 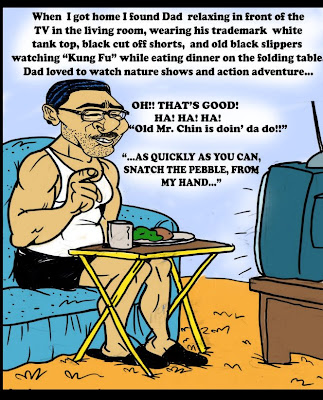 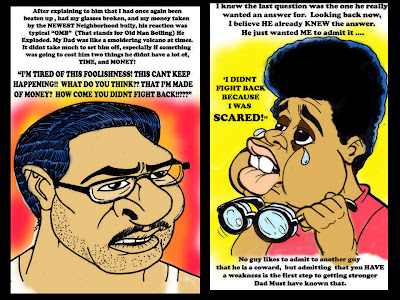 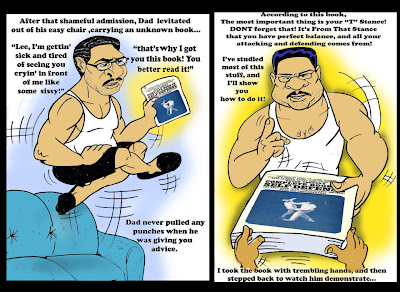 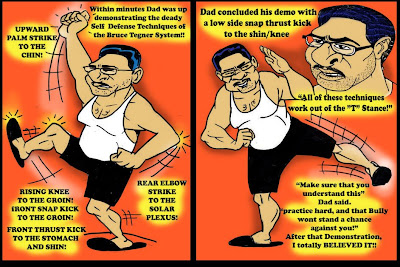 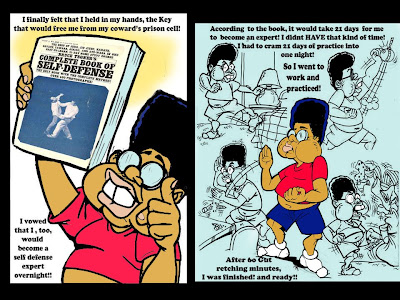 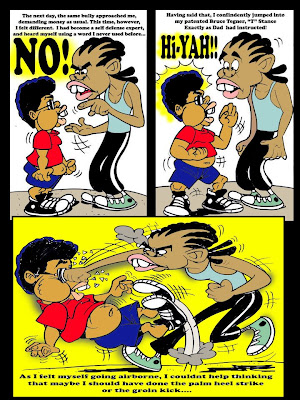 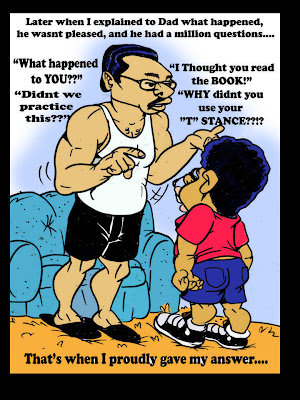 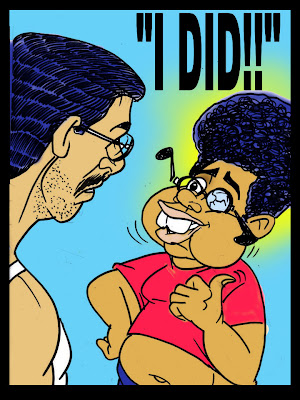 Once again, just like many times before, I had gotten beat up, but THIS time it was different. This Time I took my beating like a man, standing up for myself, instead of cowering in fear. Dad showed me that although someone ELSE “put a mark on you” it didn’t have to STAY on you. You had the choice whether to keep it on or fight to pull it off. It felt much more satisfying to pull it off.


I went on from that day forward to seriously study the martial arts. That same year I started studying Hung Gar Gung Fu, that eventually led to Goju Karate, Muay Thai Kickboxing, Filipino stick/knife fighting, and even Bruce Lee’s JKD system. For the next 20 years I used the martial arts as a vehicle to help me grow as a person. Through my practice, I met great people, gained self confidence, and especially learned how to fight WITHOUT getting my glasses broken. All of that started from one simple book that a Father shared with his son. My Dad taught me that I didn’t HAVE to be a victim. For that I would be eternally grateful.
Posted by Elgin Subwaysurfer Bolling at 3:41 PM 4 comments: Links to this post