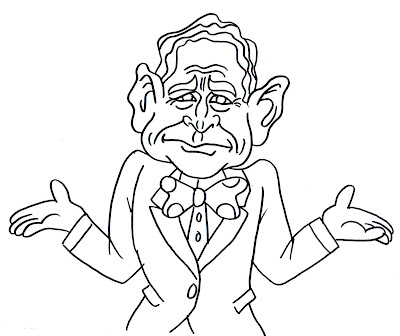 Such a fun face to draw... Im gonna miss him!
Posted by Elgin Subwaysurfer Bolling at 7:28 PM Links to this post 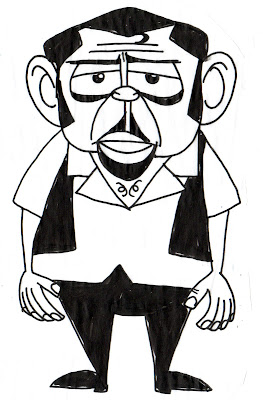 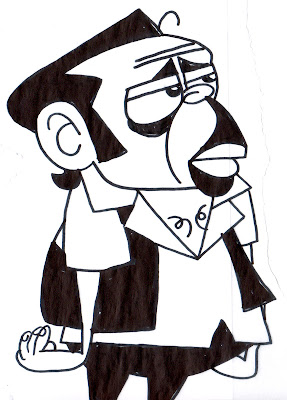 heres a sneak peek at some characters Im doing for an upcoming cartoon shordo done in conjunction with the folks at snidetv.com

This character is a comedy club manager . Wehen I developed him, I channeled Comedian, Ben Stiller, of the show, "The King of Queens"> Siller plays the character, Arthur Sponner hilariously. I also thought about Danny Devito. This character is appearing in a skit with President George Bush. More later when it launches. If you havent seen the first cartoon check it out on www.snidetv.com
Posted by Elgin Subwaysurfer Bolling at 7:20 PM Links to this post