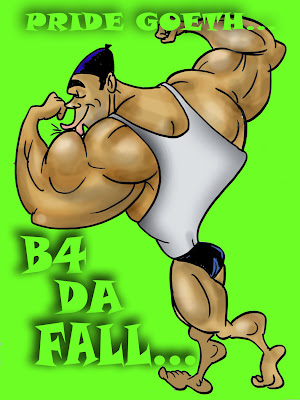 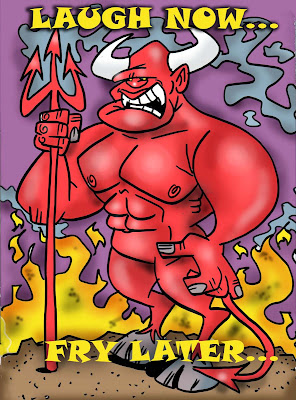 I got an opportunity to do a series of tract illustrations for a Dynamic young African pastor in Far Rockaway named James Taiwo of The World Outreach Evangelical Ministries organization.( http://www.woem.org/) Pastor Tiwo has been very receptive to my offbeat style of artwork, feeling that eye catching illustration will help be to be more receptive to the content inside, and I must agree. I did tract illustration years ago for several ministries including the American Tract Society, Focus on The Family, and Apple of His Eye Ministries, and always looked forward to doing other assignments like this. How could I resist drawing cartoons??
Posted by Elgin Subwaysurfer Bolling at 12:10 PM No comments: Links to this post My friend,and fellow NYC Caricature artist, Laurie Edmomds, invited me to an onorthodox live drawing extravaganza called, "Dr. Sketchy's Anit Art Show" Held at "The Slipper Room" at 167 Orchard Street last saturday afternoon.Unlike your "traditional" live drawing class, there were no bright lights, clean marble walls, or mis shaped nude models, instead The models are porvocative , irreverant burlesque performers who wear extravagant costumes and are in excellent condition. In this particular session they paired a tall beautiful dancer dressed in letter with goth makeup on, and a male midget wearing similar garb.
As outlandishly as they were dressed, i found one of the hosts, a lantern jawed youngman with heavy five o clock shadow, a shock of black hair that kept getting into one of his eyes, and a black business suit. Between each break, he would get up on stage and banter about with the other host. I had the most fun drawing him, thinking that he would make a perfect character in my ever growing cast, so I spent the majority of time drawing him. this is one of many pictures i made.
Posted by Elgin Subwaysurfer Bolling at 6:48 AM 3 comments: Links to this post