HOW TO DRAW KIDS by Subwaysurfer 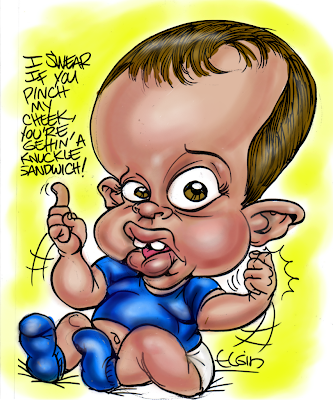 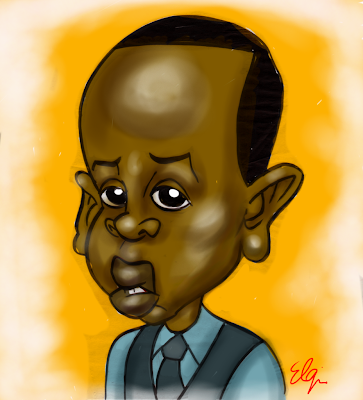 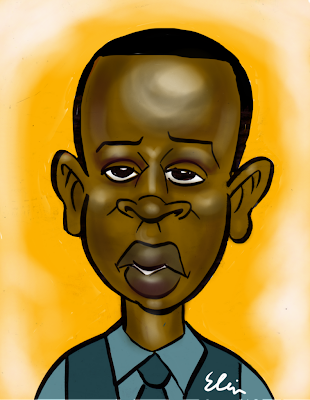 If you've been a professional artist for more than five minutes, I bet you've been asked to draw a couple of kids. For a caricature artist  it's inevitable. You are either going to draw a child at a first communion, birthday party, wedding, anniversary , or Bar-Bat Mitzvahs. Dont even let me get started on gift caricature.  Drawing children can be quite lucrative, as everyone loves to have their kids immortalized in pictures.
I used to HATE drawing kids, at one time. They were unpredictable, moved around a lot, and for some reason I kept making them look to old in a picture. I really needed help, and kept my ears and eyes opens until I learned how.
Of course now I'm sharing that method with you, so listen up.
I was at an art convention a couple of years back, and master caricature artist, Joe Bulum  was lecturing on how to caricature the face. His subject wasn't on kids, per se, but he said one line, in passing, that made a light  bulb go on in my head. To paraphrase, Joe, he said that drawing kids was easy. He pictured them as being akin to "little aliens" in appearance, and structure. Joe was being tongue in cheek with his comment, obviously, but I immediately latched on to that visual of a stereotypical "Roswell Alien" with the Giant Forehead area, large lumonious eyes, and small mouth nose and particularly the CHIN. with this image in mind, I never had another problem drawing kids. Of course this doesn't mean that you ignore basic features of each individual child's face. Some kids have fuller lips than others, some  have smaller eyes or wider noses, of course, but that basic head-slash- alien structure is crucial.
WATCH THAT CHIN!
Getting back to the chin. NEVER NEVER NEVER add a LOT of space between the buttom lip and the chin. even if the kid has a long face, comparatively speaking, put all the visual weight in the upper head area. If you fail to do this, you WILL age the child considerable.
DRAWING A MOVING KID
The secret to drawing a figity kid is not to panic. Resolve in your mind that this kids will NOT be sitting still. Once you've acknowledged that, start by drawing that Alien head container lightly in pencil. As I said earlier, you KNOW that the head is going to conform to that shape. Most babies also, have those hamster/balloon cheeks so include that too. Next you want to pick your target. Say the nose, you wait until the child is looking in your direction. he WILL eventually, and as soon as he does, BOOM !  you nail that body part, and keep repeating for each facial feature. I mentioned drawing in pencil also because the "sketchy" line quality will add to the overall life of the drawing, at a live event. If you are doing a gift caricature, like the ones on this page, you can sketch even more loosely knowing that you will ink it in later.
THE SUBWAY SURFER
SHAMELESS UNAPOLOGETIC CALL TO ACTION
Hey moms and dads, aunts and uncles, God mothers, and God Fathers! If you loved the way I drew these kids, just think of how gorgeous I can make the little alien inhabiting your planet?  digital portraits are affordable, and start as low as 40.00 (yes, we are committed in helping you buy art in these trying economic times.) if you are interested email me at cartoons4u2@aol.com  a good JPEG of your kids
and we can get started! Paypal makes the whole process painless!
(these children were digitally painted on the Apple Ipad using the Art Studio App)
Posted by Elgin Subwaysurfer Bolling at 5:52 PM No comments: Links to this post