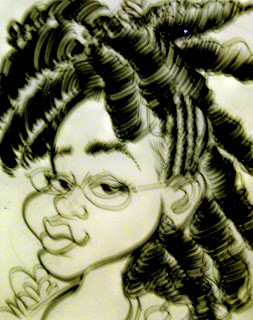 Another person from the Party Art Productions Party!
This is Okemas Daughter, Legend. Love her name and her hair. This is a photo I took, but I loved her "look" so much that I did another from memory. 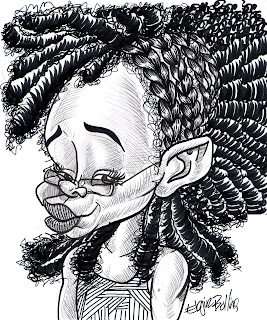 Posted by Elgin Subwaysurfer Bolling at 1:46 PM No comments: Links to this post 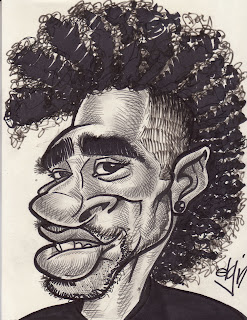 The women weren't the only ones who had great hair at Okema Diiaz's party,for Party Art Productions. The MEN were equally bold with their hairstyles, like this young barber who had this dread locked Mohawk that he cut himself! AWESOME!
Posted by Elgin Subwaysurfer Bolling at 1:43 PM No comments: Links to this post

"Minister Jazz" was one of the fascinating guests I met/drew at a Party by my agent at Party Art Productions "Minister Jazz" had Fabulous hair and as she sat down I could not wait to draw her. When she turned to the side, Ito my amazement, it was partially bald, except for the word, "BOLD" that was shaved, on the side. I put down my drawing for a moment and quizzed her about the hair.  She explained to me that the word was NOT shaved but written into her scalp with a marker. She explained that everyday she gave her self "an intention:" or word of intent or affirmation which she wanted to embody that day, and also to communicate to others what she was feeling/intending. I found that to be fascinating  that a person would have that much commitment to their art using themselves as the ultimate art object. 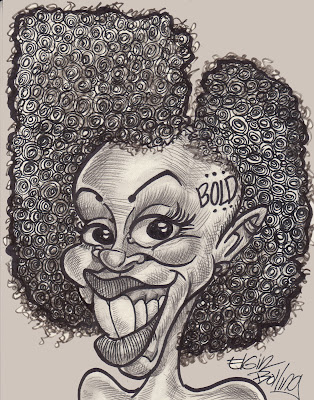 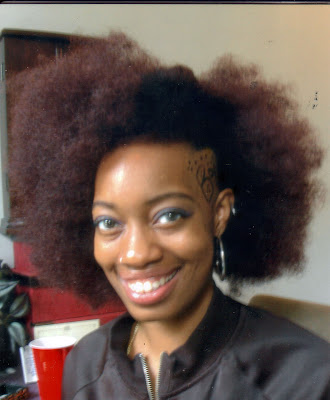 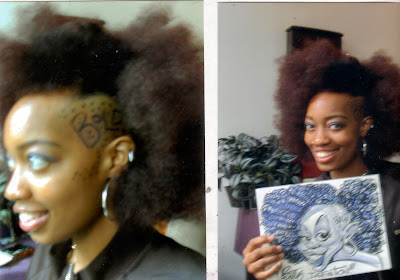 Posted by Elgin Subwaysurfer Bolling at 1:37 PM No comments: Links to this post

I Had this Fantastic Party For Party Art Productions ,That was held for a lovely lady named OKEMA DIAZ for her daughter, LEGEND. EVERYONE at this party had the most fantastic hair!
The party was held in Okema's home, and I was so flattered that immediately after it was drawn she placed it prominently on what appeared to be an ALTAR, thus treating it as a Sacred Object WHAT A COMPLIMENT!
I was soon to learn that there were some hairstylists, fashion models, and makeup artists present at the party which was no surprize since everyone was BEAUTIFUL! It was a complete contrast to a Bar Mitzvah I attended the day before. 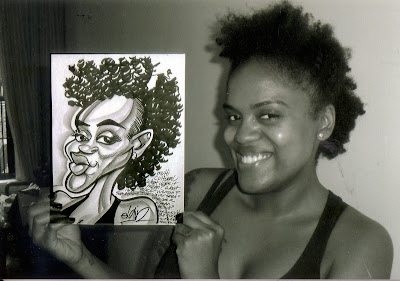 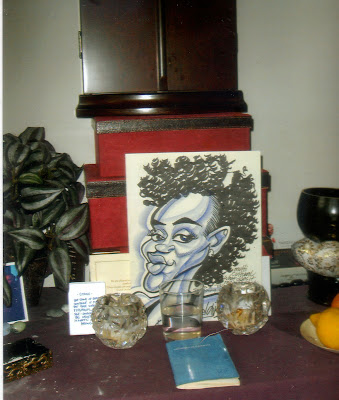 Posted by Elgin Subwaysurfer Bolling at 1:28 PM No comments: Links to this post