Saturday Subway Surfing on the A train Rockaway Park Shuttle 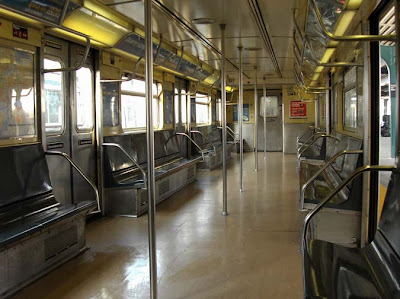 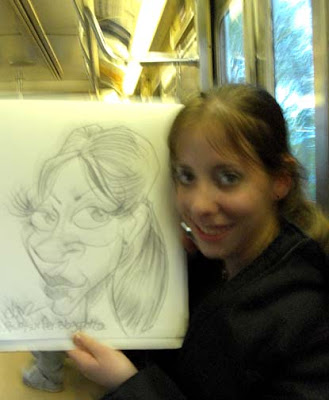 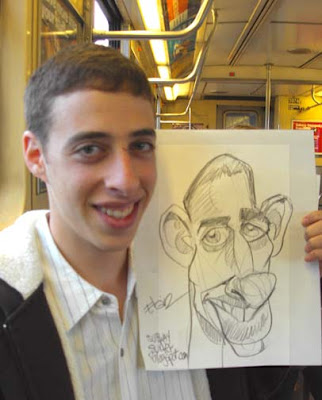 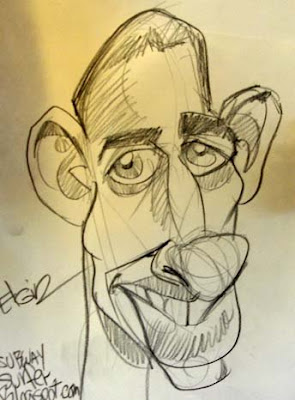 I needed to go into the city to buy some art supplies, and forgot that on Saturday in the Rockaways the trains are all screwed up due to construction. As I boarded the A train at 116th street and Rock Park I immediately began drawn to this immaculately clean A train subway car. The A is always so horribly crowded, that this was actually a rare site , so I took an opportunity to snap a picture of my Subway Studio.

I was in a good mood today and sketched a lot of people and literally gave the sketches away to them. I sometimes do this as a way of spreading "good will" on the subway and making it a pleasant commute for the passengers. I also use it as a promotional opportunity for my own business as I have my contact info written on the picture.
I met this two people, a brother and sister, from Israel , who were visiting their family in Far Rockaway, and they both had PERFECT faces for drawing. I usually DONT ask people to pose for pictures on the subway, but couldn't resist this time. They happily agreed, and here they are!
I'm NOT the greatest photog as dive stated before, and the train was moving when I shot the sister. The train had stopped when I shot the brother, and I even did a close up of the pic itself.

I gave them both a flyer and asked them to spread my fame in Israel. They promised they would, and it would be a kick to one day get a request for a gift caricature from their country. It COULD happen.

These pictures arent my usual hyper exaggerated caricatures that you've come to know and love. At the time I was really trying to go for likeness more than extreme. One rule about doing extreme caricature is this> If you think you've already exaggerated the picture, do it a little MORE . Its the "MORE" that pushed you over the edge.
Posted by Elgin Subwaysurfer Bolling at 7:56 AM 1 comment: Links to this post